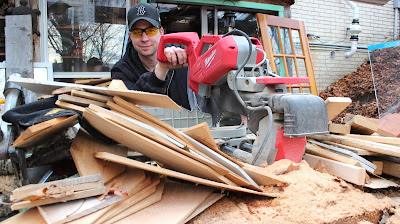 It'll be the same price as it always has been for a full three days- with camp sites included too.... and yet again, we'll have not one, but around EIGHT (Update- TEN now!) host/teachers, and multiple building and design projects ALL HANDS ON.

We'll announce specifics as things progress, but so many people have asked about the date, that we decided to pre-post the sign-up link so that those people could sign-up before the workshop filled up.

Workshop is $399 ($99 deposit is required to secure your spot)
PLEASE make sure your calendar is free- no refunds within 45 days of the workshop. But we CAN give you credit to another future workshop- and GLADLY will- don't worry.....

We are one of the very few fully hands-on workshops in the US- we have been since 2009. 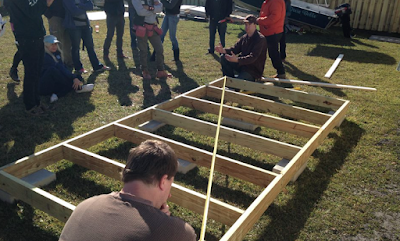 Our workshops have been featured on NPR, The Boston Globe, ABC Network's "Chronicle" an beyond....

We've taught building workshops from Sydney to Fargo and everywhere in between. Dustin and I have hosted shows and designed for HGTV and The DIY Network, and have been featured in the NY Times, Boston Globe, China Times, The homepage of Yahoo.com, and in countless other magazines.

More importantly, these workshops are A LOT of fun, your chance to learn new skills, network with other likeminded people, be inspired, and to learn how to think outside the box.

You'll camp with people, work alongside them, and be able to jump from one of three LIVE projects at will! 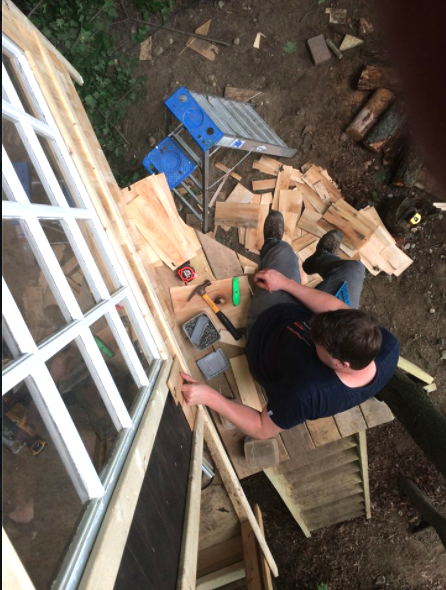 If you're looking for a slick website and blog page promoting this event, you won't find it here- we're too busy traveling, designing, and building- non-stop. But if you want to have a one of a kind experience with many good and talented people on a 10 acre spread of off-grid land in Northern Vermont, than this is the workshop for you! 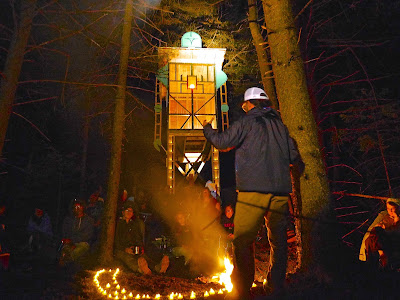 Our format is LEARN by DOING! You'll be wielding tools and working on one of THREE live projects on this large parcel of off-grid land.

This is no workshop "cattle call" like others- the ratio of teachers to students is the best you'll find- often one teacher for every four or five students. This way there is LOTS of time for one on one talks and individual questions.

We approach teaching through the incorporation of MULTIPLE HOSTS. While Derek and Dustin Diedricksen are the main hosts, we believe that eclecticism is HUGE in the learning process.

Joshua and Shelley Engberg of TINY HOUSE BASICS (trekking ALL the way from San Francisco!). They are builders, designers, AND dwellers and have a internet-viral tiny house (gorgeous!). Come prepared with questions. The focus of their talk will be "BUILDING ON TRAILERS- selection, methods, and what to watch out for".

ZANE SPANG (coming from Montana!) and his tiny-tiny cabin on wheels. Zane is a DIY builder, lives a good portion of his year off grid, and nomadically, and can tell a heck of a Native American ghost story by the campfire! You'll LOVE this guy!

PALO COLEMAN- "Where A.D.D. and D.I.Y. meet"- Palo "Bump" Coleman is one of the more interesting people you'll meet and he's obsessed with Japanese architecture and techniques. Palo will do two live demos (showing you a variety of tools you have most likely never seen) performing bamboo joinery techniques, AND doing a live Shou-Sugi-Ban fire-preserving (wood) demo at night. Not to be missed.

JESS and DAN SULLIVAN- Back by popular demand come this duo who built and lived in a tiny house of their own design for many years. They run the blog http://AnotherTinyHouseStory.com and crafter one if the more striking and original homes in the scene!

'Lil BRIAN KENNEDY- Standing 6' 8', Brian is one of the "larger" members of the tiny house scene, as well as a wealth of knowledge, and enthusiasm, in the field. "Just how can a tiny home be planned and tweaked for someone of a larger stature?"- Brian will tell you all about it! He, like the Diedricksen brothers, is also VERY into building with salvaged and found materials (we just may also have to do a nighttime panel on this!)

MARTY "Baccardi" SKRELUNAS- CT Preservationist Architect/Tiny House Madman. Marty is a four-time teacher to "Tiny House Summer Camp", and will be teaching a demo on vintage window repair and reglazing, as well as one on cedar shingling techniques, alongside Dustin Diedricksen.

ROY St. CLAIR (aka "BTR"- coming from Charlotte, NC)- Alternative roofing methods on your mind? Well Roy's the guy to talk to and he'll be giving a talk AND working alongside all of you throughout the three day workshop. Roy has now traveled with us and co-built and designed over twelve structures as part of the Diedricksen Brothers Workshops. The man is as friendly as they come, and willing and ready for questions. Check out some of the roofing he'll be installing through http://www.Ondura.com

ALEX EAVES- An expert in the field of reuse, Alex is a filmmaker (Reuse: Because You Can't Recycle The Planet") and lives in a converted box truck/tiny house built and designed for an upcoming film. This tiny house will be on hand for you to tour. Oh yeah, its almost entirely constructed with found, salvaged, and secondhand materials. http://www.stayvocal.com

ANNE PATTERSON- Anne is a solar cooking expert and will be coming out to showcase some Solavore solar ovens- which, YES, work beautifully as supplemental cooking for off-grid tiny house dwellers! These ovens are AWESOME! (check the video below)
http://www.solavore.com

SHIPPEY The DIY PIRATE- As seen on HGTV's "Tiny House Builders", Jim Shippey will be on hand to build alongside all of you. From Tree houses to Tiny Houses, Jim has worked on 'em all. He also passes his time by looking a heck of a lot like Abraham Lincoln.


ANY questions- newenglandrockpress at gmail
Posted by Derek Diedricksen at 9:13 PM