A FEW THINGS IN THIS ONE POST (wiser men would make it a separate post or two, but not me....not me....)
Anyway, its been a KICK-ARSE week of books in the mail, having received an advance print of my own book "Humble Homes Simple Shacks" (below) from The Lyons Press (it looks AMAZING and I don't have a single complaint!), and just the other day, Lloyd Kahn's "Tiny Homes, Simple Shelter" from Shelter Publications. 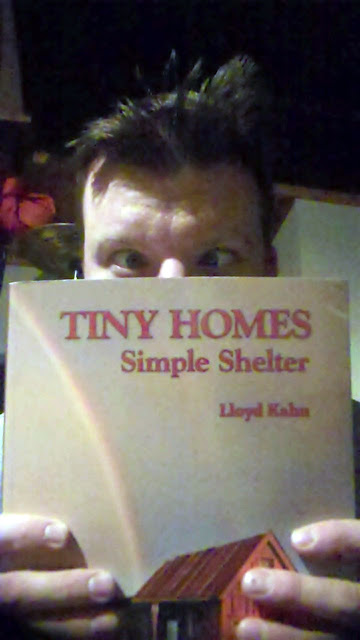 For starters, as I'll have a review up down the road, let me just say that its the best damn tiny house book, photographically (I haven't read the text yet), that I've seen. Period. Its a visual tsunami of tiny house offerings. Fans of Kahn's "Homework", "Shelter", and "Builder's Of The Pacific Coast" won't be left disappointed.
I started (foolishly- I don't know what kind of cheap street crack someone slipped me) this "SIXTY SHACK SKETCHES IN SIXTY DAYS" marathon leading up to the Feb 1st release of "Humble Homes", and now have an eye twitch goin' on five days as a result of bustin' ass with a pen and a pad. Now, Lloyd's going to be the culprit for my other good eye going into spastic fits from overuse, as I prepare to hole myself up somewhere for the next few days to read, and probably re-read this book. The book just looks incredible. You'd be stupid not to get it (and ten copies of my new book of course! hyuk hyuk (insert game show smile and cgi'd tooth gleam). Actually, Lloyd drops some design advice in one of my new chapters, alongside Jay Shafer, Gregory Johnson, Kent Griswold, Alex Pino, Michael Janzen, Tammy Strobel, and about ten more....so it all ties together here.

Back on Lloyd's book, I'm psyched as all hell to be part of it too, as Lloyd gave me and my Vermont cabin, and sketches, a two page spread. 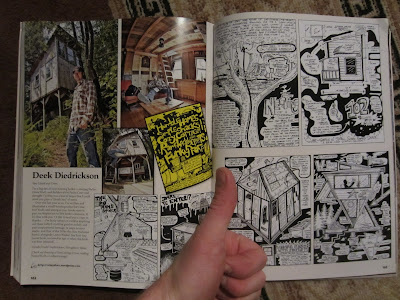 I've tossed a link (you can pre-order it (out Feb 15th) to "Tiny Homes, Simple Shelter".

Changing Course...
As for this random "anywhere USA" shed sighting, its from my own town of Stoughton, Massachusetts, proving that cool guests houses, shacks, and well, sheds, can be spotted just about anywhere if you keep your eyes peeled. I love the second story approach with this one, and a design like this could very easily be converted into a micro-housing/tiny home design. 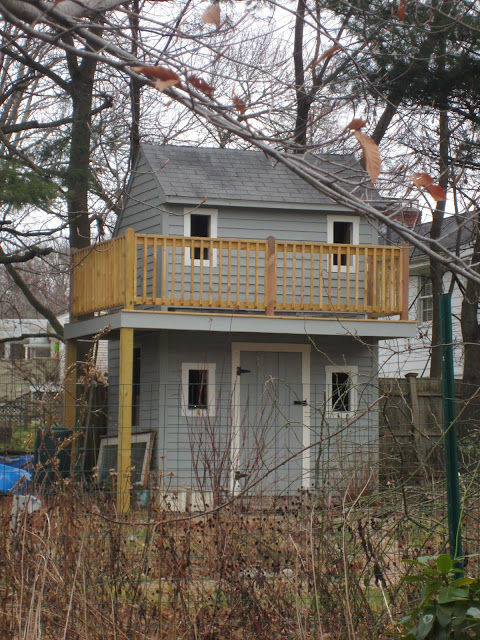 AND- SKETCH #27 of "WHY THE HECK DID I PROMISE SIXTY NEW SHACK, SHED, TINY HOUSE, and COTTAGE CONCEPTS IN SIXTY DAYS!!?" (kidding)....

This one is a mere exterior sketch of a what I thought would be a fun looking shipping container/conex box home concept. I've dubbed it "The Wooly Bear" (or "not-so Wooly" as it is a cold, hard, steel facade).